Pioneers in those early days...

Saturday, February 1, 1997. If there were actual people around today, you would hear the sound of voices echoing through this vast and empty production facility in the village of Heesch. It turns out there actually is someone here: Arno van de Ven is busy coating the floor and prepping it for food-grade production. As he puts his brush away and sits down on the floor to take a short break, surrounded by cans of paint, he starts pondering the future.

Sure, he and his business partner Hans Timmers have rented an industrial unit – the space where it's all supposed to happen. But how do you start an automated packaging plant when you don't even have any machines? Or, for that matter, tools, a forklift truck, or a pump truck? Hans and Arno haven't even got anything resembling a real office yet, having brought in some furniture and appliances from their respective homes: a kitchen table, a couple of chairs and a coffee maker. That's all there is – at least for now.

That night, Arno does his accounts for the first time. As he processes purchase invoices in the system, his infant son Nick – just six months old – is asleep in his crib. Although Arno doesn't have a business plan, he's been a numbers guy all his life. He looks up from his paperwork, takes a sip of coffee, and decides he's already excited about what tomorrow will bring.

1997 | First production facility in the village of Heesch

Just go for it

“Without a doubt, we were real pioneers back then", Arno laughs, reminiscing on the company's first few months. “Hans and I had just quit our jobs at a logistics company in Veghel, where we were skilled machine engineers and really the only two technical guys at the company. But they didn't take contract packing seriously at all. And since we felt we could do a better job, we decided to just go for it and strike out on our own.”

Money in the bank

Their first customer was a business right beside them: Print Point. They hired the brand-new company to set up displays in a client's warehouse, a processing facility for Isostar energy drink, Wasa crispbread, and other products.

Arno: “The job was way out in Veenendaal, so we had to hit the road early every day. We soon had a small team of temps working for us and were starting to make a bit of money. But since we couldn't present a business plan, the bank refused to give us a loan to invest in machines. I can still hear the guy at the bank say: 'No plan, no money.’” 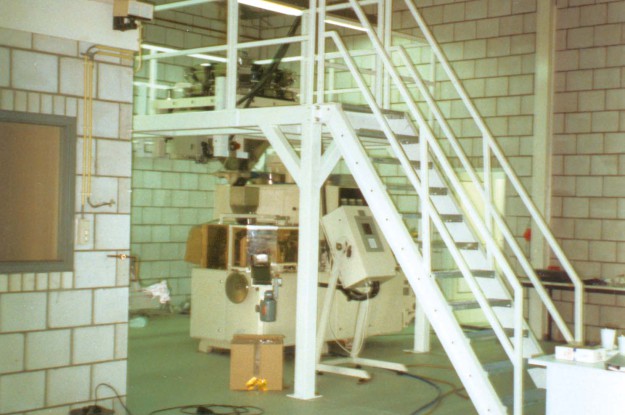 “I can still hear the guy at the bank say:
no plan, no money”

In those first few weeks, Arno optimistically reached out to Mars and Nestlé, two clients he'd worked with closely in his previous job. “I thought they'd be happy to hire us, but they only told us: ‘Congratulations on starting your own business, and the best of luck.’ So apparently it wasn't as easy as we thought.”

“But then, three months later, they got in touch: they needed help with a challenging flow-pack project, and it so happened that Hans and I had just started leasing a flow-pack machine. The following month, Nestlé contacted us with a similar job, so we suddenly found ourselves working for two of the largest chocolate manufacturers in the world.”

The next milestone was when Hans drove past a demolition company on his way to Veenendaal one day and, with his eagle eye, spotted a machine on top of a pile of scrap iron.

Arno: “It turned out to be a horizontal cartoner. We asked the owner how much he wanted for it, and he told us he'd be willing to sell it to us for one thousand guilders. We stripped the machine down, cleaned it out from top to bottom and painted it Vetipak's signature red color. That's when we were really in business.” 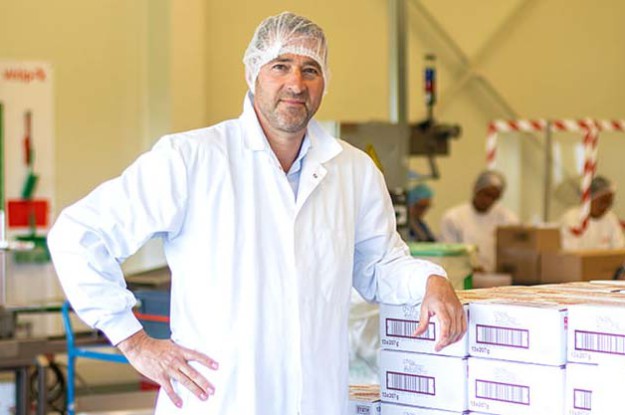 “Looking back on those years now,
I can say that we really went for broke”

They soon outgrew their 500-square-meter space and had to expand, acquiring another 300-square-meter unit after being in operation for barely six months. Despite some initial hurdles, that first year can be considered a success: by making smart investments and sticking to a tight budget, Vetipak managed to notch up a net profit of 4,500 guilders.

The fact that this only amounted to a paltry 18 guilders per operational day didn't bother Hans and Arno. All that mattered to them was that they'd got their business off the ground.

The following year, 1998, they were again compelled to expand their premises and found another 1,000-square-meter space to add on to their growing operations. In 1999, the company even relocated to a newly developed site on Landweerstraat Zuid in the town of Oss. The facility could potentially be scaled up to a 6,000-square-meter unit, provided their ambitious plans were greenlit by their two brand-new investors, Koos den Otter and Wim van de Westelaken.

“They saw the potential there and have really been instrumental to our company's growth”, Arno says. With clients like Mars, Nestlé, Bolletje (rusks), Klene (licorice) and Ravensbergen Food (cookies and granola bars), Vetipak was definitely bursting with potential, and it was then that the company started really hitting the big time.

Never in the red

Arno: “Looking back on those years now, I can say that we really went for broke. I guess I'm a natural risk taker and not the kind of guy who makes things needlessly complicated and worries about every little thing – I like to really go for something. Sure, you sometimes make mistakes and end up paying for them, but in all those years we've been in business we always turned a profit. I should add that Hans and I were never in it for the money, and even today, we're mostly driven by a desire to get things right. And that's what happens when you get good at something: you start making money.”

Vetipak continued its unstoppable run from its Landweerstraat site, and really began to hit its stride after 2000. Ready for whatever the future might bring!

Curious about the other stories from this anniversary series? >