Motorbikes, quads, racing trucks, rally cars ... all at the start of the Morocco Desert Challenge (MDC) on 12 April. During this annual desert rally in Morocco, participants compete with the elements, their material and themselves for eight days. One of them was Harm van Boekel, Operational Excellence Engineer at Vetipak. In this blog he looks back on his adventure. After all, life is more than just working!

“This year, my uncle Paul and his cousin Eddy competed in the rally competition in Marocco. To support them in this, my father and I followed them in a service car. In a service car, you are driving parallel next tot he rally car so you can help when needed. And believe me: in a race through a landscape of vast dunes, wide plains and salt lakes, quick help is desperately needed to even reach the finish line... ”

“Of course our support was not constantly needed and we took advantage of those "free" moments by leaving the paved road and follow the race route. A great opportunity, because we came to places you would never be able to visit with a normal passenger car. When we saw a nice spot along the trail, we unfolded our seats and looked at the race. ” 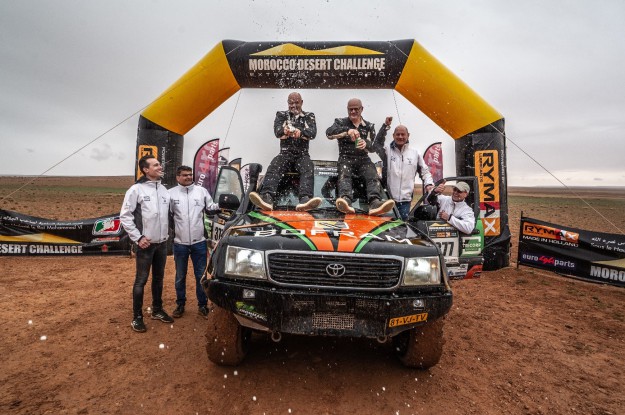 "In a race through a landscape of vast dunes, wide plains and salt lakes, quick help is desperately needed to even reach the finish line..."

“The race actually started already before the start with the preparation of the rally car and the service car. After all, bad luck in the desert is the last thing you are waiting for ... In the last days before departure we worked hard on the cars with the four of us. We even received help from other participants. It’s nice to see that there is a huge we-feeling during the race. With our service car we also helped a lot of participants whose cars were badly damaged. "

“During the race, we took beautiful pictures from the spectacular views. Driving around in a huge box of sand is a very special experience. My father drove the first part, then it was my turn. With a big smile on my face I started driving away a little too enthusiastically, and we got stuck after three meters. Luckily, a truck came by and released us without further damage. Apart from my ego that got bruised... "

“The drivers in the rally car did an excellent job and survived the first days without any of our help. On the fifth day it was showtime: Paul and Eddy got stuck in the dunes with an overheated engine. We received their coordinates and took off immediately to help our teammates. Unfortunately we got stuck ourselves…The shock absorber of our service car broke off and we also lost our phone connection. We were lost in the deserted landscape with two broken cars…" 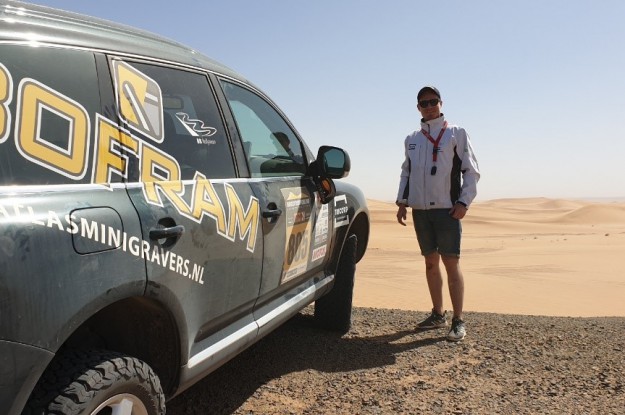 “We were lost in the deserted landscape with two broken cars... "

“Luckily, we quickly got our car moving again. Paul and Eddy already received help from a tow truck, so they were on their way again. Soon, the following problem appeared and we got stuck on a sand dune during a major sandstorm. We tried to release the car with a pair of goggles on our nose, but that was impossible. For every bucket of sand we scooped away, two of them blew back under the car. Terribly frustrating of course ... But after half an hour of scooping, the car was finally released and we could return to the paved road. ”

“Once we arrived at the bivouac, we wanted to repair our car which seemed impossible without several new parts. Luckily we found it at a local garage in the nearest town of Zagora. While we were waiting there, dozens of children came running towards us. The Vetipak keycords that I had and handed out were very popular. When other children noticed these presents, they formed a long line in front of the garage ... The name of our company is now well established in Morocco! ”

“Despite broken car parts, Paul and Eddy’s rally car reached the finish line, just like our service car. The four of us look back on an unforgettable adventure which would never have been possible without the help of our sponsors (including Vetipak). We are very proud and grateful that we were able to experience this together! ” 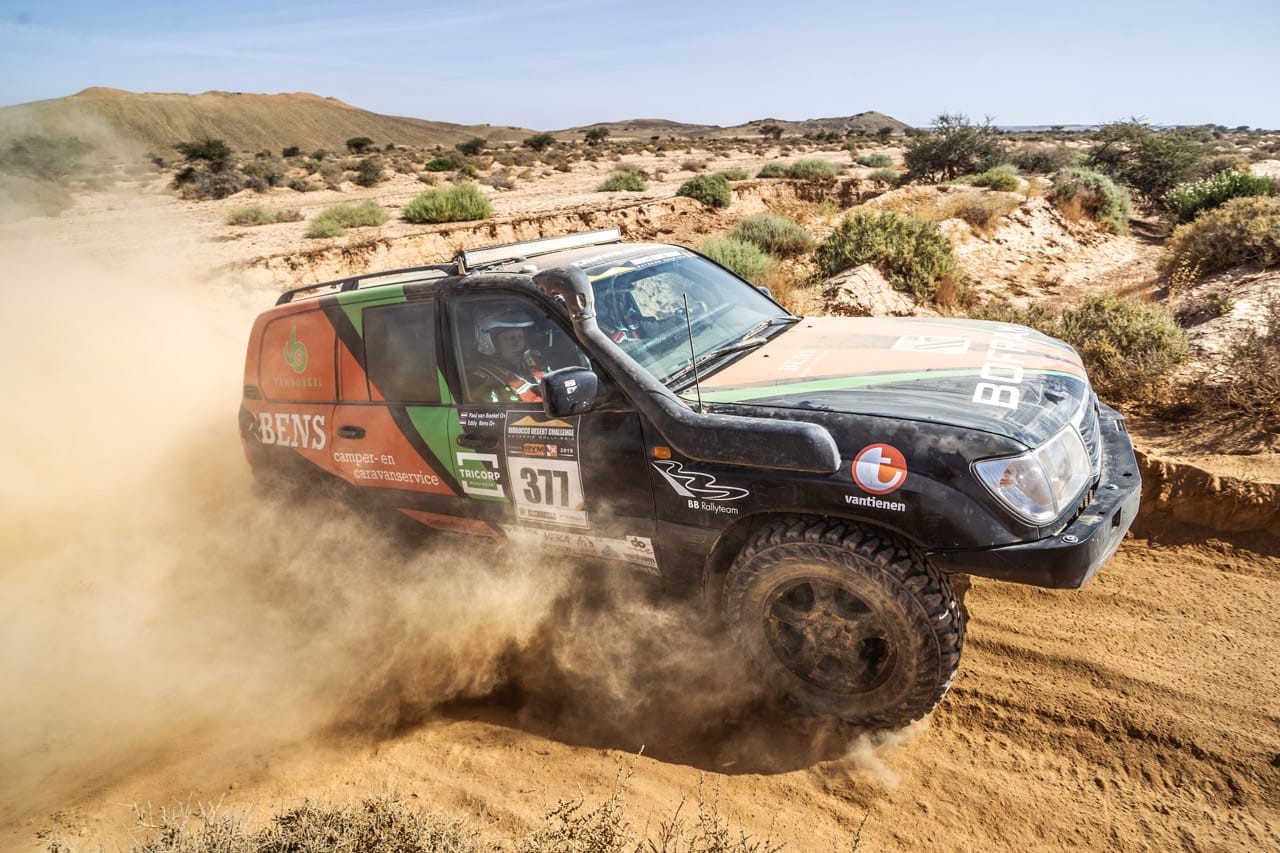 Since last fall, the sauces, breakfast cereals, and beverages manufactured by Kraft Heinz have been making their way from AG Logistics’ brand-new distribution center in Ede to retailers across the entire Benelux region.

“I realized pretty quickly that everything was fine”

Ben Kleisterlee (Mars) talks about the Vetipak factory in Veghel.

“Where on earth have I ended up?” A bemused Rob van der Wijst takes a look around the production facility, a compact space where three machines are installed. Or, more precisely, two and a half machines, as the flow packer he’s been hired to operate is not working properly, and there are parts of the machine lying around everywhere.